2.0 Solution Method 2: The Combined Streams Modification of the McCabe-Thiele Method

This is a classic application of the lever rule.

The enriching line is the same as was previously defined by Eq. 1-10 in part 1

The q-line for stream

is given by definition as

The stripping operation line is the same as was previously defined by Eq. 1-45 in part 1

At this point, the solution method is the trivial case of a column with a single feed and a defined enriching operation line.  Rather than waste time here, though I may come back to it later, I will instead refer to the Wikipedia article, which does a decent enough job given the more complicated construction already demonstrated in part 1.

Part 3 is on the way!  It is the real meat of the proof where I show that both methods are equivalent using some simple geometry and a ratio test. 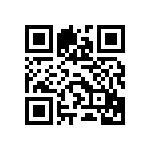 2 Responses to “Distillation of a Binary Mixture in a Distillation Column of Arbitrary Design, Part 2”