*Note: This article is part of a series on a specific research project: Part 1, Part 2, Part 3
*Note: This article assumes you have rudimentary knowledge of how a simple distillation column operates. Though much of the basics of the simple model for a distillation column will be covered below, it should not be considered as a stand alone reference.

4.0 Generalization to Columns of Arbitrary Design

4.1.0 Motivation for Generalizing to an Arbitrary Design

The motivation to generalize to a system with an arbitrary topology is simply to take the next logical step and expand on what has already been accomplished. The case for two feed/side streams was itself an extension of the simple case of a single feed stream.

To generalize to an arbitrary topology, some choices as far as the idealized general topology have to be made. This leads to the least complex yet most regularly structured limit of including a single feed stream and a single side stream placed optimally at each theoretical plate. So, the column is now comprised of

plates, each of which is associated with a feed stream (

), a liquid overflow entering from above (

) and underflow leaving below (

), a vapor overflow leaving above (

) and underflow entering from below (

), and the distillate and waste streams with their associated values as described in part 1.

4.3.1 Use and Extension of the Base Model

Now that there is ample precedent for the theoretical extension to multiple feed and side streams, as demonstrated in part 1, the same extension may be made utilizing the same framing of the transport balances about the plate where the feed enters from the base model. This will be further extended initially by the addition of a side draw stream to the mass balance.

4.3.2 Refactoring of the Approach

The prior method of allowing the balances about a side attachment to be located at an arbitrary position will be left alone as it is the basis for the balances being derived. However, the exact definition of the flow rates between adjacent plates will be refactored to include the contributions of the preceding tray’s feed and side streams as well as the compounded contributions before it on either side. This leads to the slight complication of equimolar overflow being a relevant assumption, but only between locations where there is fluid entering or exiting the column. Therefore, this fundamental assumption is no longer a strictly binding assumption as discrete differentials in holdup between plates may later be rectified using quasi-streams in place of the newly provided feed and side streams.

The other refactoring that will be done is the removal of the assumption that the streams crossing the boundary of the overall system are at saturated liquids at bubble point. This is a relatively minor change that will likely be reinstated for example purposes as was effectively done during the derivation for the original case (see part 1 and part 2).

4.3.3 Inherent Assumptions of the Derivation

In light of the above restructuring and enhancement of the forthcoming derivation’s approach and the prior assumptions listed in part 1, the revised list of assumptions is somewhat simpler.

4.4.0 Derivation of the Generalized Model

4.4.2 Mass Balance for an Arbitrary Plate

For an arbitrary plate, the equimolar flow provision is modified to include contributions from the feed and side streams as

Rearranging Eq. 4-5 in light of the overall mass balance given by Eq. 4-1 yields

Starting with Eq. 4-3 and rearranging yields

Which, when shifted back one tray and substituted back into itself, yields

Starting with Eq. 4-4 and rearranging yields

Which, when shifted back one tray and substituted back into itself, yields

4.4.5 Operation Line for an Arbitrary Plate

Beginning with Eq. 4-7 and solving for the vapor underflow composition yields

This form is useful in understanding the context of the final form.

Reversing the substitution in the denominator yields

Following this pattern through the bottom of the column yields

And substituting with Eq. 4-2 yields

Substitution using a shift of Eq. 4-20 and both Eq. 4-11 and Eq. 4-16 and again solving for the vapor underflow composition yields the now familiar form for an operation line

Starting with the general form for a q-line introduced in part 1 by Eq. 1-33 and Eq. 1-37 and using the combined streams concept derived in part 2 yields the condensed form of the q-line for an arbitrary plate

Working backwards from this, the combined composition is defined as

The combined fractional quality is given by

And the combined flow rate is

Substituting for these combined variables and rearranging yields

4.5.0 A Simple Example for the Generalized Model

In fact, the best simple example of this generalization in action has already been done. In part 1 the original test problem was solved using the legacy technique of McCabe and Thiele. At the time, I did show the source code for the diagram generation, but cautioned against attempting to understand the math of it without further reading. Going back to this source code with the new generalization in hand should now shed new light on the math involved. There are a few modifications, but they are mostly simplifications rather than additions to the overall form.

4.6.0 Basic Qualitative Properties and Scope of the Generalized Model

This model comes with a few conveniences and a few annoyances, as most generalizations do. First, it is best used for optimal placement. Mal-placed feed modeling will be covered in a later post, but suffice to say, the equations work the exact same way for the general model, but the method for placement is much different on the VLE XY-plot. Second, the explicit designation of independent feed streams and side draw streams was made out of convenience of use in the above derivation. Also, explicitly localizing a distinct topology to each tray is arbitrary in light of the final model. Any number of feed streams and/or side streams may be included on any given position as the actual modeling of optimal positioning is composition and flow rate dependent, not position dependent. It is also possible to simply drop the explicit sign of the flow rate imposed upon the same feed streams and side streams and to cancel one of them out from the final equations.

On the other hand, removing the explicit limits on the topology used to derive the generalized column breaks the equations that explicitly yield respective overflows and underflows. The dependence on the explicit physical topology of the derivation restricts their use to a column with said topology or one with fewer feed streams and/or side streams. One could manufacture a framework agnostic of the explicit placement of streams out of the equations derived, but the burden of overcoming the equimolar overflow criteria using quasi-streams and variable elimination would become excessive for a column of more than a few plates. An alternative would be to refactor the model in terms of the continuum basis afforded by the VLE XY-plot, which could potentially produce an extra degree of freedom to solve for when mapping to a physical system.

The final part will be done soon. It will be a concise synopsis of some analytical and pedagogical conclusions from my work in deriving this model. 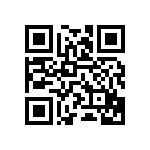