YouTube has just broken a whopping 72 hours of uploaded video per minute. Think about that. Every minute, three days of new video is added to, arguably, the largest such centralized repository of freely available video content. That is HUGE. That also brings up a few questions given the strenuous legal climate over the past decade. How such a monument to human creativity and curiosity will continue to survive without imploding under the strain of opposing human drives is largely a guessing game at this point. On the one hand, there is the self-evident natural will to create, innovate, remix, refine, renew, and share the endeavors of ourselves and others. On the other hand, there is also the similarly well intended and quite reasonable craving to retain proof and pride in the fruits of one’s labor, either through the direct capacity to demonstrate said results or via the more abstract means of equitable exchange for other produced goods. In the latter case, money usually suits the purpose rather well. In an attempt to adequately construct a balanced framework for these natural tendencies to promote a benefit to the community, the founding fathers remained intentionally vague when they wrote the copyright clause. They left it to the people to derive the meaning of “Progress of Science and the useful Arts.” At the time of writing it was meant to imply a restricted means for disseminating the labors of the booming fields of philosophy (lest we forget science began, and remains, as natural philosophy) and mechanical innovation to the public while reserving for those who labored a brief time to adequately profit from said work. Since this time, the meaning of the clause has been reinterpreted as an automatic entitlement to the use and reuse of all created works nigh in perpetuity. The copyright term for anything created today includes the life of the creator(s) plus 70 years. (/rant)

In light of this refreshed context, YouTube’s success seems a little more intimidating. While several organizations see YouTube as a threat to be sued and/or shamed out of existence (RIAA/MPAA/etc.), there are thankfully protections in place (fair use) for the rights of those they would happily squelch to see their goals met. Under the DMCA, the notice and take down system, while not perfect, has been tempered with the power of a fair use counter notice. Beyond these steps for settling a dispute over content, the accuser sues the accused in a court of law. The determination of copyright infringement, in general, has been found to require the ruling of a judge.

Now, with all of this in mind, YouTube might reasonably be wondering how cost effective it would be to work with purported defenders of artists’ rights to accommodate for the rights of copyright holders. Well, lets begin with the rate of content being uploaded,

Converting this to its natural dimensionless units will help when it is split up.

There is also the possibility that not all of the video requires screening. To allow for this, the upload rate is scaled by the fraction of video that will be screened,

.
Next, we’ll determine how much time a screener will require per unit time of video,

. A screener will likely require the time of the video,

, plus a fractional delay,

, encompassing the time to scrutinize the video and record whether or not the video was found to be infringing. An additional delay,

, will also be included to accommodate for a delay per intact upload screened which will also account for any pause between screenings.

The average length of a video is not given explicitly by YouTube on its statistics page. Given the reasonable lack of transparency in how views are counted a confidently arrived at average can not be derived. Therefore, the per video delay will need to be eliminated to allow the fraction defined above to stand in for a simple derivative.

Multiplying this by the rate of new video yields the, dimensionless, rate of payed employee time required per unit time yields

The standard for full time employment is typically 40 hours per week per employee (or screener),

. This also needs to be scaled to accommodate the average two weeks of vacation time granted per year. Converting this to inverse screener units allows for an easy estimate of the number required to view all of the video,

And with the number of screeners and a cost per screener per unit time,

, we can find the cost of employing a new army of screeners,

Add to this the cost per unit time of overhead including support staff and infrastructure support,

, while neglecting any fixed start up cost, then scale by an operating factor,

, to allow for downtime to yield the final cost per unit time,

This final equation should give a better insight into the cost of employing a qualified screener to observe the content uploaded to YouTube.
To begin, a few of the simpler variables may be specified based on dimensionless numbers derived above.

Now, to start off with, let’s assume that the screeners are horribly underpaid judges who happen to be extremely efficient at determining the copyright status of each video they watch and choose, of the little free will they have, to consider all video uploaded.

Let’s also assume that these legal gurus are able to work 120 caffeine fueled hours per week.

Next, we’ll assume that Google can parley the infrastructure and employment overhead into its impressive IT staff at no cost.

Finally, let’s assume that these super judges and their super computers are capable of operating at 100%, ie. no downtime.

That’s $50,312.47 per hour, with some extraordinarily facetious assumptions. That is a huge overhead to ask for. Now to make some reasonable adjustments to our assumptions. To begin with, the average pay for a judge in Silicon Valley is $177,454. They also are likely to be salaried, but we’ll take the annual pay to be for 40 hours of work per week less two weeks vacation.

This brings our total

a growth by 6,654,430% with only a couple reasonable assumptions made. Rearranging to shift the vacation time to downtime reflects the reality that operating costs still have to cover said downtime.

This changes the total cost

to $3,348,056,067 per year. While the value hasn’t changed yet, up next is the addition of an operating overhead cost. Let’s assume that an operation this size requires only 10 intermediate experience network administrators to upkeep the servers, etc., and only $50,000 per year for the utility cost. Intermediate network administrators in Silicon Valley average a salary of $76,944 per year.

is now $3,348,908,168 per year, which is a small step up. This leaves two important and tricky to place variables up for argument, the fractional time beyond just viewing a video a screener spends per unit of video time and the fraction of video that is actually screened. If the legacy players in the entertainment industry had their way, the latter variable would stick to 100%.

Keeping the same tune in regard to those who speak out for civil rights on the internet when picking a value for the former variable, ensuring the proper time is expended to making sure every single minute of video got the full attention to detail of the judge viewing it, leads me to expect a judge to spend at least two additional minutes for every minute viewed, if not 20 or 30. I’ll settle with 10 minutes as this would really have to be determined and refined over time.

to $36,829,468,840 per year. Yes, that’s nearly $37 billion per year. That is a massive additional cost to expect from Google to cover a thorough analysis of all video being uploaded. And this excludes the immense backlog of video YouTube already hosts. This would require

199,584 judges to be hired as screeners. That’s nearly the labor force to create a new industry.

While much of what I assumed may be taken as a horribly misinformed estimate by an industry outsider, I think I am definitely not the only one to come to the conclusion that screening the entirety of new video uploaded to YouTube, and sites like it, in a manner that accurately reflects the provision of the law, lest we remember the concept of innocent until proven guilty and the responsibility of the copyright holder to pursue claims of infringement, is simply not possible without significant revision and modification of the law. It is obvious that copyright law needs to be upgraded for today’s technology by tomorrow, but the rusting iron grip of legacy players in the entertainment industry and the lethargy Congress has recently demonstrated make the outlook for such leaps forward in the near future bleak. 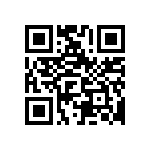